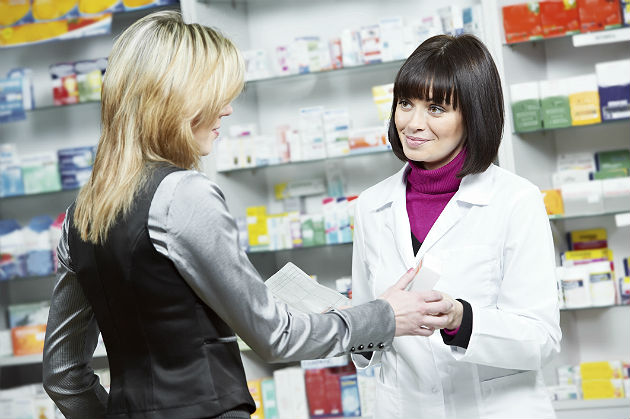 Is clinical pharmacy really the future of our profession?

In the fall of 1974, I entered pharmacy school stimulated by a new vision for the practice of pharmacy called clinical pharmacy. Now that 40 years have passed, let’s take a look at how this vision has manifested itself in the profession and in the training of our student pharmacists.

Since a large percentage of practicing pharmacists weren’t even born in the 1970s, let me put this in context. In 1974, the baccalaureate was still the entrance qualification for practicing pharmacy. Our PharmD program consisted of a four-unit therapy course, and not all graduates have rotated. The doctor’s pharmacy was not compulsory until the 1990s.

When I started to practice in 1977, computers did not exist and doctors could tick a box on the prescription saying “do not label”. We then issued the drug with the patient’s name and instructions only.

We were discouraged from talking to patients for fear of disrupting the doctor-patient relationship. The generic drugs were brand new and we couldn’t give them to a patient without the doctor’s permission. There were no clinical pharmacists.

The leadership of the pharmacy profession has continually hammered the drum of â€œclinicalâ€ pharmacy over the past four decades. Pharmacists were encouraged to improve their clinical skills and expand their use of ancillary aid. They have been discouraged from being mere dispensers of drugs.

Despite the change in terminology – from clinical pharmacy to pharmaceutical care to drug therapy management to primary care pharmacy – the key message to our pharmacy students has been the same. They were told that clinical pharmacy practice is the highest best use of a doctorate in pharmacy and community practice pharmacy is not.

Assuming these roles were primarily dispensing, this would mean that 113,100 pharmacists (59%) were employed in community dispensing. A total of 46,700 (24%) were reportedly employed in hospitals.

Another 16,800 (9%) worked in other patient care settings and 14,600 (8%) worked in roles other than patient care, such as industry, PBMs, education, forces armies and government. The report did not break down the percentage of dispensing versus clinical practice.

To get clues about this information, we have to refer to the 2009 National Pharmacist Workforce Survey, who surveyed 1,391 pharmacists across the country. Full-time pharmacists spent 55% of their time dispensing, the percentage varying from 70% for community workers to 43% for hospitals and other patient care settings.

According to the survey, 53.8 percent of respondents worked in community practice, 26.8 percent worked in hospital and 10.4 percent in other patient care practices, 9 percent in industry or in non-patient care roles. So let me do the math.

Add that to the 113,100 community distributors, and you have 140,405 distribution FTEs divided by 226,000 total FTEs, which equals 62% of the pharmacy’s FTE spent on distribution. This is down from the 69 percent of pharmacists reported in Knapp’s 2002 article.

So what does all this mean?

More importantly, it means that maybe it’s time to rethink the meaning of the term clinical pharmacy and the way we train our pharmacy students.

The nature of our academic pharmacy education is heavily biased toward the practice of acute care pharmacy. Our highly trained clinical faculty does incredible work in a variety of internal medicine and ambulatory care practices, so just to be clear, I don’t think this bias towards teaching acute and critical care is necessarily a bad thing. After all, difficult cases of intensive care and acute care make excellent teaching cases and are certainly much more difficult than the continuity of routine care that takes place in typical community practice.

But the dominant message given to our students is not only that intensive care is cool, but that community practice wastes a good PharmD. Many students are afraid to tell their teachers that they really like community practice. And that must change.

On behalf of students who want to become community pharmacists

You guys in acute care are doing a terrific job. I’m proud of the cool stuff you do in these settings. But remember that most patients are only hospitalized for a few days. And once you save their lives and get them where they can be sent back, I take care of them the other 355 days of the year.

I don’t have the short-term critical impact that you have, but I would say the continuing care of a patient is important. My impact is in small doses on a long, multi-year relationship with the patient, yours is in large doses on a short-term relationship.

We are no less “clinical” than you are, we are simply in different places on the continuum of care spectrum. Once you send them out into the community, it’s their weekly interaction with me that keeps them out of the hospital.

I don’t do intravenous nutrition, chemotherapy, or vancomycin dosing, but I am able to detect side effects of drugs because I know the patient well enough to know when they are behaving strangely. We both improve clinical health outcomes; we’re just using different tools.

So let’s add a little more respect for community care in our training as a pharmacist. After all, we still represent the vast majority of pharmacy jobs today and for the foreseeable future.

And community practice is not only the origin, but also the backbone of our profession. When a Gallup consumer survey ranks pharmacists as the most trusted profession, respondents refer to this person in a white coat in their community pharmacy because that’s who they interact with the most.

Through routine medication distribution, we get to know our patients and build long-term relationships that enrich their lives. We should never stop dispensing because we would immediately lose our visibility as drug experts in our society.

So to answer the question I posed in the title, yes, clinical pharmacy is the future of our profession, and it will happen in a wide range of practice settings. There are many useful uses for a pharmacy degree.

“The way children face adversity can be very humiliating”