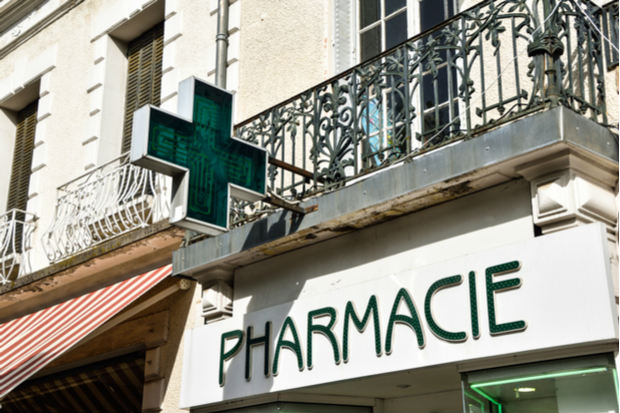 Is the “French model” really the future of British community pharmacy? :: C+D

Since his appointment in July, when he replaced Jeremy Hunt as health secretary, Matt Hancock has rarely spoken about community pharmacy, and even then only in the most vague terms.

The sector was only mentioned briefly in his maiden speech, when he pledged to invest “in primary care and community pharmacies so people don’t need to go to hospital”.

It was only when C+D spoke to Mr Hancock following a fringe event at the Conservative Party Conference earlier this month (October 2) – and specifically asked the Health Secretary where community pharmacy fits into his plan for the NHS – which he revealed he wants to focus on ‘prevention rather than cure’.

“Pharmacy is extremely important in the whole prevention program,” he told C+D. “I want to move towards the French pharmacy model, where they do more, and I think [pharmacies] are absolutely essential to community health.

Community pharmacists questioned Hancock’s vision for the sector. “How can he suddenly expect a [UK] pharmacy model… to become a French model operated by individual owners? asked a pharmacist on the C+D site.

Another welcomed Mr Hancock’s comments, albeit with mixed optimism, saying they ‘would like to do more thorough, valuable and patient-centred work – if anyone is willing to pay’.

C+D has asked the Department of Health and Social Action (DH) to shed more light on what Mr Hancock’s vision for a “French model” means in practice. But the DH’s response – that pharmacy services on the Continent offer a wider range of services than in the UK, and that he would be keen to see local pharmacies play a greater role in the community – raised as many questions as she answered.

One reader, posted as “Barry Pharmacist,” asked, “I’m obviously missing something. Can anyone tell me what services French pharmacies provide other than ours?”

What are the French pharmacists saying?

Luc Besançon, a community pharmacist in France and former CEO of the International Pharmaceutical Federation, says he thinks the health secretary was talking “probably about the French model in terms of prevention in community pharmacies”. “But [the model is] probably not as strong and structured as he might think,” he adds.

France’s current health minister, Marisol Touraine, is a former director of the French equivalent of the UK’s National Institute for Health and Care Excellence (Nice) and has focused on public health .

Mme Touraine may have endeared herself to community pharmacists by pushing to preserve the sector’s monopoly, blocking moves to allow the sale of drugs in shops or other premises.

“She’s well-informed and you can see she has a strong approach to public health policy – maybe that’s why there’s such sudden interest from the UK,” said Ms. Besancon.

The government’s latest public health policy papers were released just days after Mr Hancock spoke to C+D – although ‘I doubt he would have known at the time’, adds Mr. Besancon.

They define the Ministry of Health’s priorities for the country’s mainly centralized health service – and the role of pharmacies in meeting these priorities – in five areas: drug management, health promotion, preventive health, collaboration with the authorities sanitary and other health professionals, and prevention of infectious and communicable diseases.

The involvement of community pharmacy in this last element includes the piloting of influenza vaccinations in pharmacies. Previously, the vaccine was available from local doctors and nurses.

Dr Serge Caillier, vice-president of the central council of salaried community pharmacists of the National Chamber of Pharmacists, says he is “very happy” with the decision to try flu vaccines in pharmacies – which are currently delivered in four of the 18 local health centers in the country. authorities, where around 100,000 people have been vaccinated.

As a result, he feels that “the relationship between community pharmacists and politicians is actually quite good. It is possible to have a discussion with them”.

Mr. Besançon agrees that the pilot has “had a very positive impact on the relationship with the government”. “It demonstrated that pharmacists were eager – the first text authorizing [the pilot] was in May, and more than half of the pharmacies in the regions had been trained and certified by the local authority by September.

The discussion was clearly positive, as pharmacy owners reached a new three-year funding agreement with the government and health insurers.

This will include three new clinical services: anticoagulant therapy and International Normalized Ratio (INR) monitoring, six-monthly consultations for asthma patients and a service that UK community pharmacists will be very familiar with, as it is similar to medication use reviews.

Under the agreement, pharmacies will still be paid primarily for their dispensing business – with an increase in the fixed amount paid per line of the prescription. In addition, pharmacies will receive a supplement for specific cases requiring more targeted care, such as elderly or very young patients.

Pharmacy owners have also negotiated an income guarantee that protects their income for the duration of the three-year transition period. “It’s a way for the transition period to be more positive,” explains Mr. Besançon.

“Over the next three years – starting in 2018 and ending in 2020 – they are changing the compensation model to something that is less tied to the price of the drug. So every time the government lowers the price of a drug, there will definitely be less of an impact [on pharmacies].

“Compared to the UK, where you have an unregulated margin, in France there are regulated margins, so there is maybe a bit more transparency [about] what pharmacists earn.

Verdict on the model

The new agreement will bring the financing model for pharmacies in France closer to that for doctors, explains Dr Caillier. But he tells C+D he has yet to make a decision on which newer, more public health-focused services Mr Hancock may have alluded to in his C+D comments.

“We had a good negotiation. In general, I think that’s a good thing, but the whole story isn’t over yet – we’re still in the middle of it.

A supportive Minister of Health, positive relations with politicians, a progressive funding contract and a push for more clinical services. It is easier to see why a move towards a French model might appeal to some community pharmacists, as well as the Health Secretary, in the UK.

Drugs supplied to inpatients through the hospital pharmacy will not attract GST separately: AAR