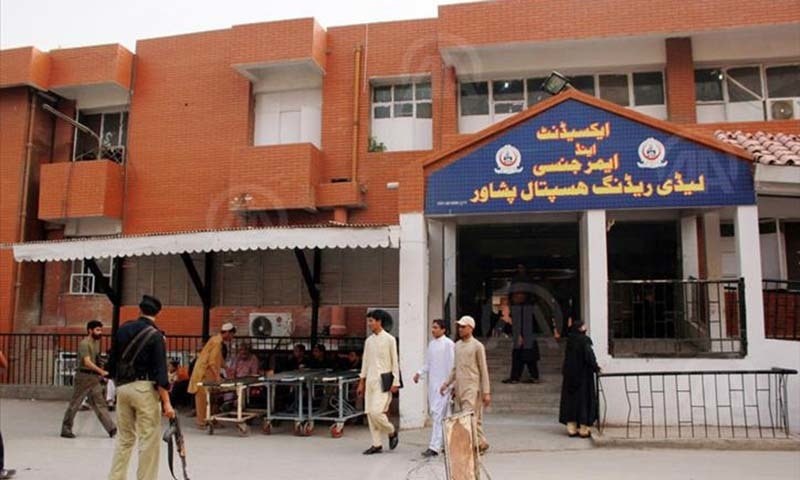 PESHAWAR: Lady Reading Hospital has implemented clinical pharmacy and electronic prescribing services to ensure the correct dosage of medications for patient safety and to curb the abuse of medications and other medical supplies.

It is for the first time in the history of Khyber Pakhtunkhwa that a public sector hospital has introduced such services.

â€œThe hospital issued medicines to people admitted on a booklet, issued to patients in the wards. In the new system, patients receive their medication directly from the hospital pharmacy through the electronic prescription. It has helped us to make good use of the drugs bought and given to people for free, â€said Mohammad Amir, director of LRH pharmacy. Dawn.

He said doctors uploaded details of medications required by patients through an online system that were delivered to relevant departments. He said that under the old system, drugs were delivered to the services that were provided to patients from there. â€œThe new mechanism allowed doctors to get the required amount of drugs and curb drug wastage in the hospital,â€ he added.

This change is the result of the 2015 Law on the Reform of Medical Educational Institutions, under which 11 university hospitals and affiliated medical schools were granted financial and administrative autonomy.

LRH was the first hospital in the province to enforce the law. It now has 25 pharmacists to streamline pharmaceutical services for efficient patient care. The hospital had only three pharmacists in 2017.

Dr Amir, who holds a doctorate from abroad in pharmacy, said that they had established a main warehouse to deliver drugs and other items to the store from where they were delivered to services on demand.

â€œWe have also established satellite pharmacies in the gynecology, pediatric surgery, and accident and emergency departments to enable patients to obtain the desired medications quickly. Other satellite pharmacies are being created, â€he said. He added that all supplies were made electronically, recorded in the system and could be verified when needed.

A â€œpharmaceutical data processing laboratoryâ€ has also been set up to ensure the correct use of drugs, their delivery and the latest knowledge for the well-being of patients. LRH is the first public sector hospital to modernize pharmaceutical services which also include the clinical pharmacy where pharmacists and doctors discuss the use of medicines with patients.

â€œDoctors in hospitals also value clinical pharmacy because, under it, our colleagues make sure that patients receive the right doses of certain drugs and avoid complications resulting from a combination of drugs,â€ said the doctor. Dr Amir.

He said their clinical pharmacists visit wards and perform prescription interventions. He said that in 98 percent of cases, the doctors agreed and then the most suitable drug was given to the patients. “This way we stopped the duplication of antibiotics and other drugs,” he added.

Pharmacist Azizullah Khan said they also set up an OPD pharmacy where patients were given drugs at 8% off the market. â€œPeople get the right drugs because we buy drugs in bulk from 30 big drug companies, which gives us more discounts that are passed on to patients,â€ he said.

He said they had also installed a cold chain system to keep certain drugs at the required temperature and that patients were receiving quality drugs.

David Rogers honored by the American College of Clinical Pharmacy

A split training course transformed my vision of community pharmacy